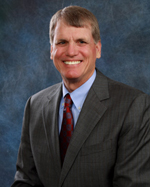 Attorney Gregory F. DeManche has been in the private practice of law in the Hartford, Connecticut area since he was admitted to the Connecticut Bar in 1983.  He concentrates his practice in residential and commercial real estate for institutional and individual clients.  He has extensive knowledge of all aspects of real estate transactions.

For many years Attorney DeManche has been a frequent lecturer to area realtors, institutional lenders, non-­profit organizations and attorneys on topics such as the National Flood Insurance Program; residential real estate contracts and transactions; lead based paint regulations; first-time home buyers; and state and federal housing and community development programs, including residential ground leases.  Attorney DeManche is a former town attorney for the Town of East Granby, Connecticut.  He is a member of the Connecticut Bar Association.

Prior to practicing law, Attorney DeManche served as a teacher, coach and athletic director at private schools in Pomfret, Connecticut, Tangier, Morocco and Indianapolis, Indiana.  Thereafter he was a tax examiner and a Department of Commerce analyst for the State of Indiana and a sales and finance executive at United Technologies Corporation, Otis Elevator Company. Attorney DeManche has been a member of The Rotary Club of Avon-Canton, Connecticut since 2004 and is a Paul Harris Fellow.  For ten years he volunteered as the Assistant Scoutmaster and Associate Advisor for a local Boy Scout troop and crew team.  Attorney DeManche is a former cavalry officer, Connecticut National Guard, First Company Governor’s Horse Guards, headquartered in Avon, Connecticut and is a former volunteer on a K-9 search and rescue team.